You Are Here: Home > Synthetic vs. Conventional Oil

Most drivers know how important it is to stay up to date on routine oil changes. What many drivers

don’t know, however, is how synthetic oil and conventional oil can impact your car’s performance differently.

At Station Chrysler Jeep, we know that engine oil isn’t one-size-fits-all. We’ve put together this article to show Mansfield, Attleboro, and Norton drivers the differences between synthetic vs conventional oil.

Choosing the Right Oil for Your New Car

Brand-new cars tend to run like a dream. They’re smooth, quiet, fast-you name it. They’ve also got a lot of shiny components under the hood, some of which may grind on each other extra hard. To prevent any additional friction with your new car parts, conventional oil may be the key.

If you’re wondering what sets conventional oil apart, it has a lot to do with where it comes from. Conventional oil is derived from crude oil pulled straight from the earth. It’s merely received a few enhancements to help it hold up under the hood of your car. It’s a little grittier, but also cheaper, and perfect for newer cars. 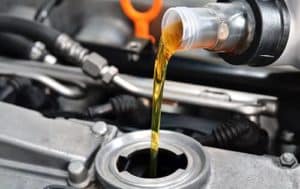 While it is great for newer cars, conventional oil is known for breaking down more quickly than synthetic oil. This is especially true if you live in a climate that experiences weather extremes, such as high heat or frigid cold.

Harsh temperatures don’t just break down engine oil, they can alter the viscosity of it too. When this happens, your oil may not flow properly through the engine, leaving some components without lubrication (and more susceptible to damage).

Synthetic oil was specifically manufactured to maintain viscosity in extreme temperatures. It will eventually break down, but takes far longer than conventional oil.

Complement Your Driving Habits with the Right Oil

While age and climate are major factors when choosing your engine oil, driving habits need to be, as well. Chiefly, you need to consider how hard your engine is working on a daily basis.

If your car is used more for casual driving, then conventional oil will likely be a good choice. It’s more economical, and because you’re not overworking the engine, it shouldn’t break down easily.

On the flipside, if you wear your car hard, perhaps during towing or just when hitting those extra high speeds, you’ll need to go synthetic. No matter how fast those turbines are spinning, your synthetic oil ought to hold up. 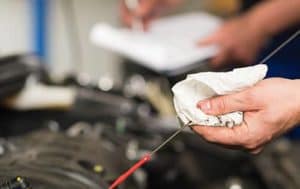 Does Your Car Need an Oil Change?

If you want your car to run at peak performance, choosing the right engine oil is key. When comparing synthetic vs conventional oil, it’s easy to see that they both have their own pros and cons, but only one is truly right for your vehicle. 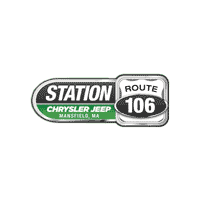